Well, this was an interesting one. We left Whitefish around 7:15 and were about 12 kms out when Francois got a puncture. Big nasty nail. He repaired it and it went flat...4 times. He realized that the nail had actually scored the inside of the rim and the metal was puncturing the tire when it was inflated. He called a cab and Trevor and I rode back to Whitefish to meet him. We had already paid for our night in Browning and the man on the phone was very clear in saying there would be no refunds if cancelled. This made us want to get to Browning as it was the most expensive motel booking yet. The excellent bike shop had Francois fixed up relatively quickly and we were off again by 10:45. About 50 km out Trevor broke a spoke. This was his 3rd and I think we all knew what this meant. He needs a new rim as the one he is riding on is not a touring rim, hence the popping spokes. Unfortunately though there is not a bike shop for a while and we decide to ride it out. We head into West Glacier, which is a little resort(ish) style community, and had lunch while Trevor inquired around as to whether or not there was a bike shop that might be able to repair his wheel. No go. No repair. T has lunch with us and then we decide to plod on. We really want to go as far as we can on this rim as it is rid-able. About 25 km down the road he popped another spoke. Now he's down by two and the wheel is shimmying a bit. We discuss and he makes a call to Linda to see if she can find a new rim (touring) and drive it down to Browning for him. She says yes and we start riding again.By this time we had started experiencing a lovely tailwind and we got to Browning within 30 minutes of Linda arriving with the rim. Browning has a terrible reputation of packs of wild dogs roaming the streets and no where we should want to stay but it just looked a little down trodden to me. Bolze changed the rim, we showered, then went for burgers at the casino. Meh. Back to the motel for Face-time with Alison and then bed time. Another big ride tomorrow. 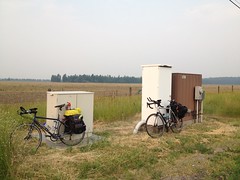 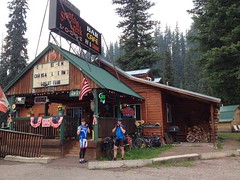 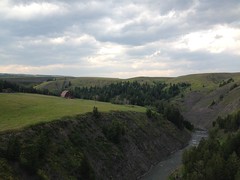 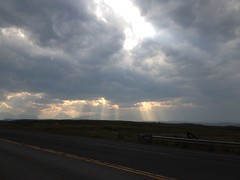 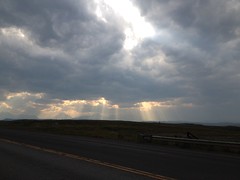 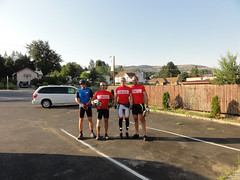 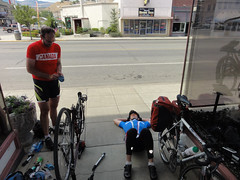 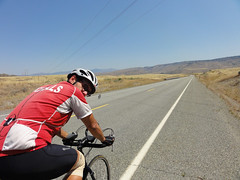 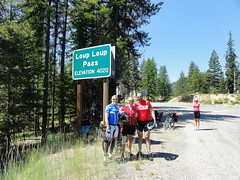 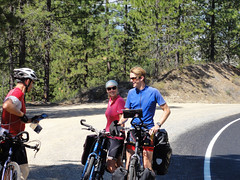 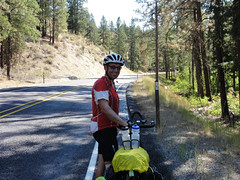 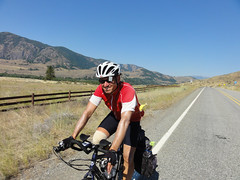