Grabbed breakfast in Glasgow at the motel. The waitress did not bring the toast with the breakfasts and then forgot altogether. I had to ask for it and now we have a running toast joke. We left town at 8:30 at we knew that we would be fighting a headwind for the morning. We had also decided that we would only be riding to Wolf Point. We rode about 22 km until we took a rest at Bergie's Cafe and gift shop and had a delicious milkshake. Had some small talk with the locals. Superman costume/wooden phone box. Rode on until Wolf Point with one short rest around 40 km mark. We went for lunch McDonald's and I ate the first MCD burger in 8 or more years. I will not make that mistake again. It's just not good. After "lunch" we went downtown to check out the local theater. We had contemplated going to a movie tonight but after walking there we decided that we would rather relax in the motel. We walk Main Street and check out a of couple pawn shops and the overall feeling I got from our time out today is that this town is a bit downtrodden. Perhaps it was the crumbling sidewalks, empty buildings, empty businesses, burned buildings and general lack of care and maintenance. We grabbed some groceries at Albertson's and walked back to the motel. Today is a "rest day" as in we made up for lost kms from yesterday's ride so we are just relaxing and watching TV. From here on in we have some SERIOUS riding to do. There was also an alert on the TV saying there is an extreme weather advisory for our area and anyone outside should seek shelter. Hopefully that passes by tomorrow.

The sum is greater than the parts 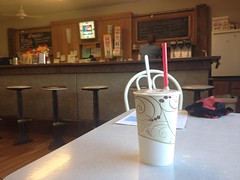 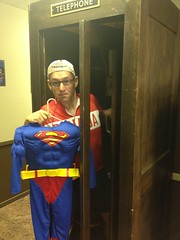 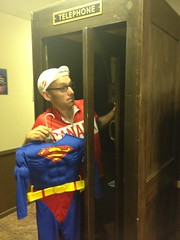 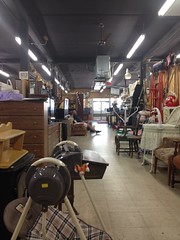 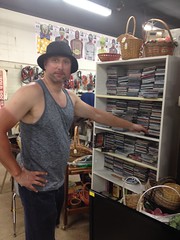 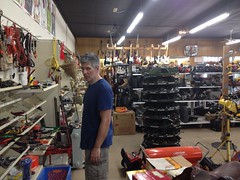