Woke at 5:45 for the 6 o'clock contie. Ate a lot and got on the road by 7:30. Rode about 38 kms when it started to rain. We pulled over and waited it out for about 15 minutes. It let up a bit so we started riding again. 5 km it was pouring again so we pulled over and this time we put on some rain gear. Another 15 and we were on the road again but only for 3 km and this time we went to stand under the shelter of a garage roof. The rain passed again and we rode for until we hit Nelson. We grabbed some snacks and continued on. We had lunch at a gas station in Fountain City. I had chocolate milk, cheese, crackers and potato soup. We rode on. We got rain again in the last 30 km of the ride but it wasn't enough to garner rain gear. Today we rode primarily along the side of the Mississippi river. We crossed the state line again as it seems to run with the river. Lots of sloughs and marshy areas and with that we had turtles and frogs on the road. RIP. We took a wrong turn and ended up on a freeway, again, but Bolze notices and after fixing his flat we got off the freeway and made our way to La Crosse. Tomorrow is a big day so we are sorting out accommodations. 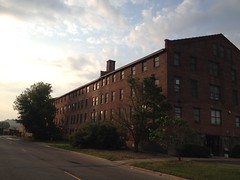 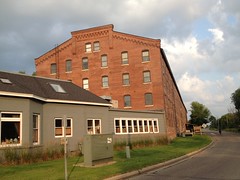 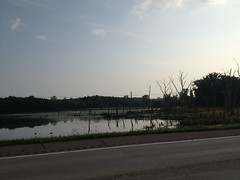 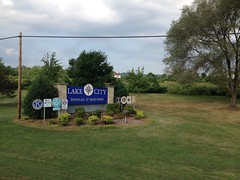 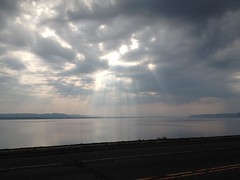 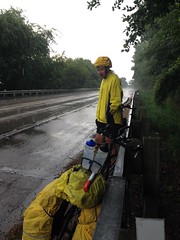 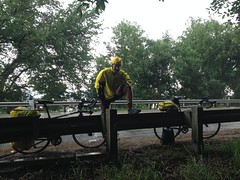 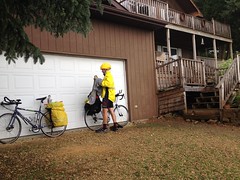 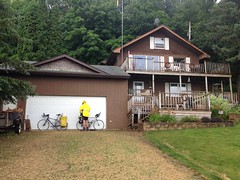 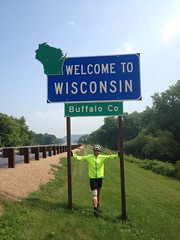 I think this is the third time we crossed the state line but the first opportunity for a picture. 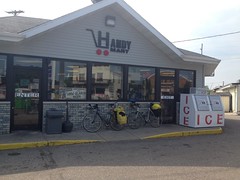 It was indeed handy. 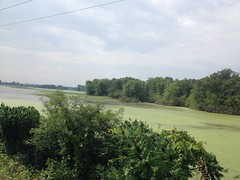 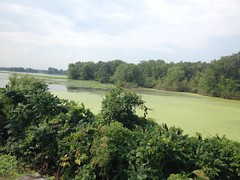 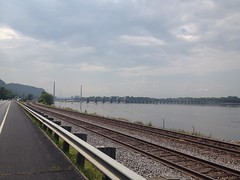 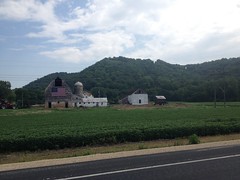 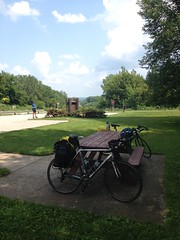 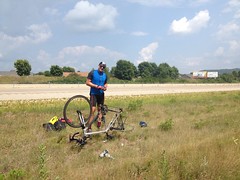 Bolze got a flat on a stretch of road that we were not supposed to be on. Yesterday we were booted off a freeway that we accidentally ended up on. We got away scott free today :) 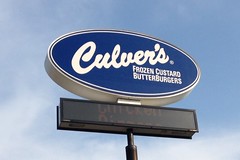 Why does this exist?