Woke early again for a room breakfast. Banana, yogurt, chocolate milk. Then we went to the gas station that opens at 7 and I had a breakfast pizza. I know. It had egg, peppers, onion, sausage and cheese. It was actually quite good. We left Dickeyville in HEAVY fog. So heavy I had to take my glasses off. I reminded me of England with all the fog and the smells of the farm and the rolling green hills and trees. It started to break by about 8:45 but the air was still cool and wet. after about an hour we followed a bike route and it took us through corn field after corn field. It seemed like we were not going anywhere as the scenery never seemed to change. The route was also very rolly. For the majority of the day there was little if any shoulder and it didn't seem to matter which road we were on, there were so many trucks we were constantly checking over our shoulder. The elevation gain on today's ride was quite high even though we did not go break 350 meters and we did not drop below 200 meters, if my Garmin can be trusted. (ish) We stopped at a gas station in New Diggings. we chatted with locals and they were all surprised when we told them where we were going and where we started. Really nice people. I bought a chocolate milk. We continued on in the crazy corn fields until we came to Warren IL. We stopped at Subway for lunch. Back to the corn. Up and down. Ascend, descend. We eventually made our way to Highway 52 and we made much better time for the last 60 km. We stopped in Polo and I bought a chocolate milk and I booked a room at the Super 8 in Dixon. We pulled in to Dixon around 5:00 and got cleaned up. Groceries next door and Subway for supper. 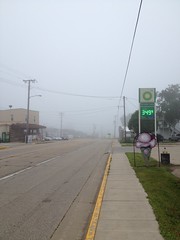 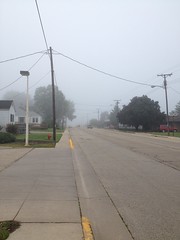 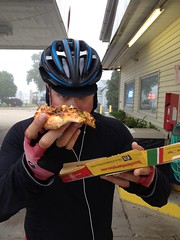 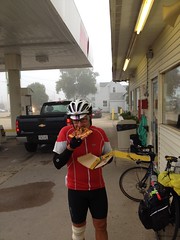 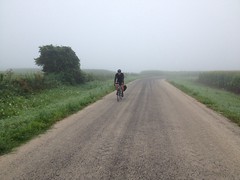 This road reminded me of England with the fog and farm smells. It was quite nice. 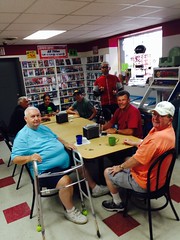 The nice folks in New Diggings. 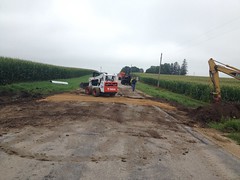 The road was closed to cars but they let us through :) 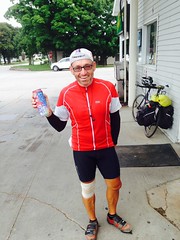 I don't always drink Iced tea but when I do, I drink Razzleberry Peace Tea. 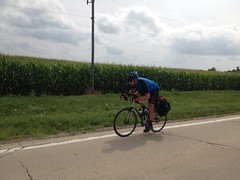 Bolze in the corn again. 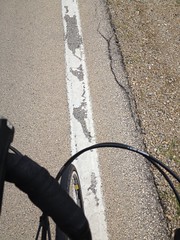 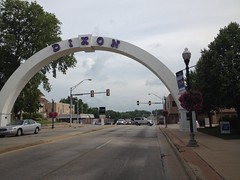