The contie this morning was lack luster. $2 contie. We stopped at a gas station for a few supplies and hit hwy 30. Great shoulder for the most part. We pulled off around a town called Beaverdam. It was still early so we went for breakfast at MCD's. We met a nice couple, John and Tracy who we chatted with about our trip. back on the 30 which we rode until a town called Forest where we met a Mr. Thames who's name comes from the river Thames but he has never been there. His truck was well covered with religious bumper stickers. 3 things stand out down here. Guns, food and God. They love it. It's everywhere. We left the 30 behind and took some country roads for the rest of the ride. It was a nice change. it seems when you are on the hwy, it seems like it will never end and similarly, when riding through corn and soy fields, I kind of wish I was back on the highway. No flats today so we pulled into Galion around 4:30. we are staying at the Rainbow motel for $52. No ice machine but there is a fridge and we bought some ice in town. Ice is essential as we like to freeze our water bottles for the next day and they do not freeze if they are not filled with ice and water before we put them in the freezer. We are also icing our knees :/ We went for supper at the restaurant next to the motel. Granny's Kitchen served a decent burger and fries and the great part was it was $6.08 after tax. They open for breakfast at 6:30 but don't serve until 7 :/ ? we are going to go for breakfast as it has been over a week since we had a cooked breakfast. We rode over to the Circle K for some supplies where we confirmed with ourselves that we are once again in the hood. We are planning our trip but the WiFi is non existent in the room so we will have to go and sit in the parking lot to access the internet. It will not be the first time and probably not the last. Bolze continues to impress me with his riding. He is a good riding partner. 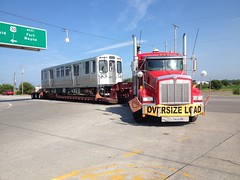 Pulling into Beaverdam, there were two of these. We think they're going to NY ;) 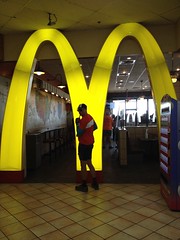 We are both guilty of eating here. But he's on camera. 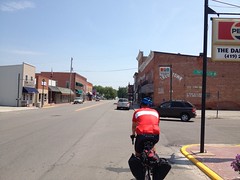 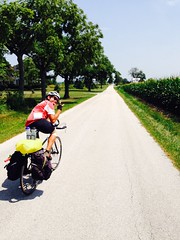 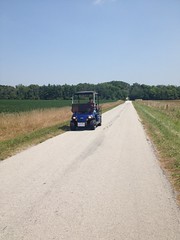 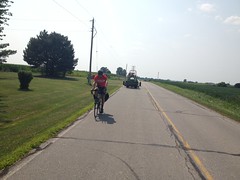 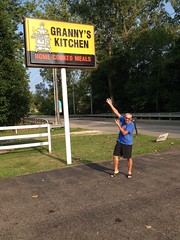 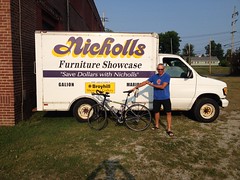 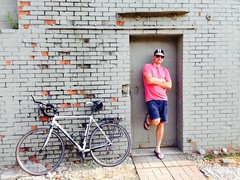 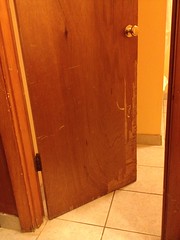 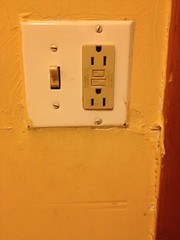 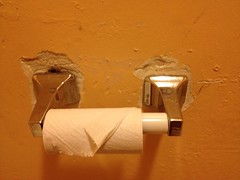