We woke up at 6am today to get ready for an earlier-than-usual start so that we could avoid some of the extreme heat that is currently blanketing the area. Breakfast consisted of granola bars, a banana, and a large pastry that I purchased the night before. At 7am we walked out the door, all ready to go, and we observed that the temperature was already 28 C, a little warmer than we had hoped.

The ride from Tonasket to Republic consisted of about 43 KM of climbing followed by approximately 23 KM of descending, so all-in-all today was a relatively easy day, which was perfect since today is Trevor's first day with us. The risk of injury on a tour like this is greatest when you are first starting out and ideally it is best to ease your legs into it over the course of several days. James and I are on day 10 of this tour and my legs have hardened nicely from the many climbs and they now feel like they can take whatever I throw at them.

Much of today's scenery is similar to what one would find back home in the Okanagan Valley: low rolling mountains and many dry grasslands. We passed a few farms and various old dilapidated structures.

About 5 KM before today's summit we stopped at the Wauconda Store & Cafe, a small hole-in-the-wall type of place with unexpectedly fantastic service and hospitallity. While I devoured a delicious caramel roll, Matty, who I suspect is the owner, called some of the hotels in Republic on our behalf to inquire about availability. Good thing she did because some of the hotels were all full due to some sort of motorcycle rally and due to visiting firefighters. Matty was also kind enough to take our photo (see the one of us below sitting at a bar).

After reaching the summit we paused to take a customary summit marker photo before enjoying the fast descent into Republic. We arrived quite early and our room at the Prospector Inn was not quite ready so we went to the local saloon, Madonna's Bar & Grill, for some lunch and so that Jim & Trevor could watch the world cup game.

Tomorrow we're planning on riding 83 KM to Coleville which involves climbing another big summit. Until the heat dies down a bit, we'll try and limit ourselves to one major summit per day. 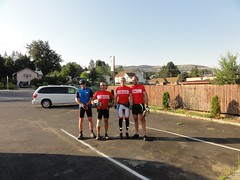 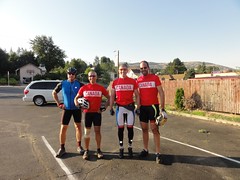 getting ready to start the day 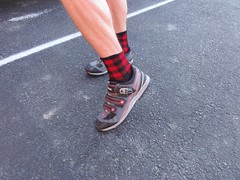 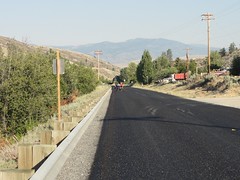 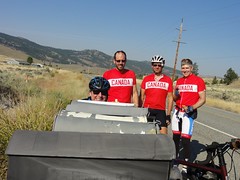 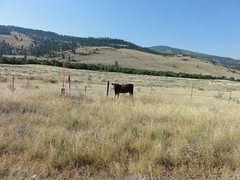 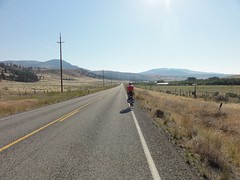 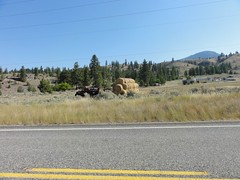 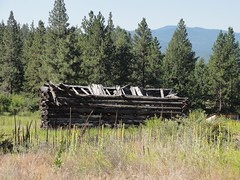 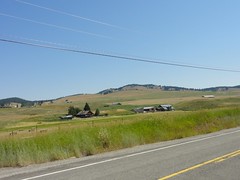 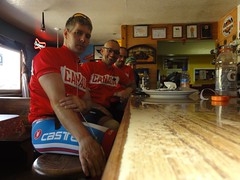 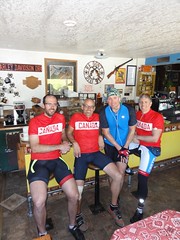 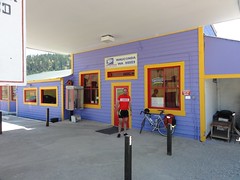 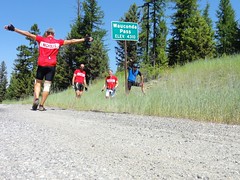 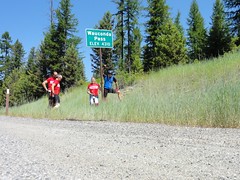 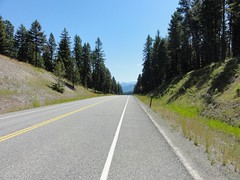 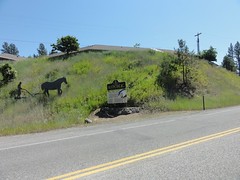 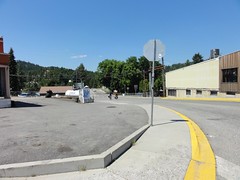 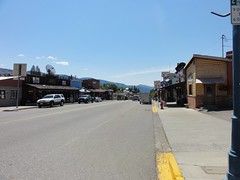 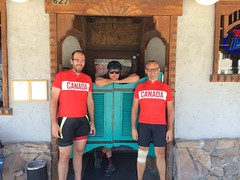 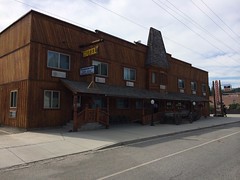 The Prospector Inn. Our home for the night. 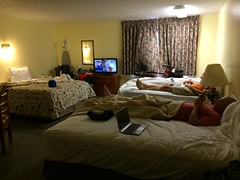 We have a palatial room